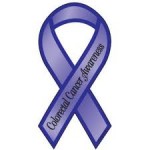 The risk of developing colorectal cancer increases with advancing age. More than 90% of cases occur in people aged 50 or older.

However, many people who are at risk for the disease are not being screened according to national guidelines.   It is estimated that as many as 60% of colorectal cancer deaths could be prevented if all men and women aged 50 years or older were screened routinely. In most cases, colorectal cancer develops from precancerous polyps (abnormal growths) in the colon or rectum. Screening tests can find precancerous polyps, so that they can be removed before they turn into cancer. Screening tests also can find colorectal cancer early, when treatment works best.

In addition to these tests, some groups also recommend the double contrast barium enema as a screening test (every 5 years). Other tests are being evaluated and may be recommended by the USPSTF for use in colorectal cancer screening in the future, including CT colonography (also known as “virtual colonoscopy”) and stool DNA testing.

March in my country is the month when we raise awareness of mens cancer (testicular and prostate cancer). Prostate cancer is pretty common in men, but colorectal cancer is much deadlier. I would really like to see a good randomized controlled trial with Vitamin D supplementation and colorectal cancer, since living far from the equator has been shown to correlate with increased risks of cancer.
It is very great to see more and more information about screening for colorectal cancer. Bringing awareness to the public is the first step in helping people help themselves. I am dedicated to helping young men recognize the signs of testicular cancer early.
My father died from asbestos as he was in the contruction field. So I am for any screening to save lives like colorectal screening. Good job with article.
My grandmother died of colorectal cancer in the '80's. My mom is battling the disease now. She wasn't screened... she was having symptoms. Unfortunately already spread to liver and lungs by diagnosis. It is very saddening. Thank you for making people aware of the need for screening!