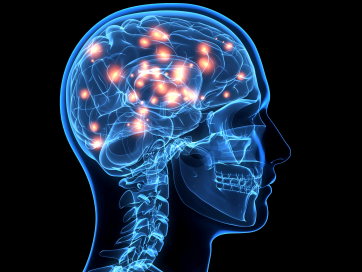 Since the mid-19th century, researchers claimed they could identify the sex of an indivudual just by examining their disembodied brain. However, a new study out of Tel Aviv University disputes this. Indeed, all brians share characteristics, some more common in males, others more common in females, and other characteristics that are common in both of the sexes. While there are some general tendencies for each sex--for instance, men tend to have a larger amygdala--these differences are quite small and highly influenced by the environment. Essentially, throughout history, scientists have attempted to find the differences between male and female brains, when, in actuality, their similarieis are far greater in number.

In this new study, Dr. Daphnea Joel, a behavioral neuroscientist at Tel Aviv University, used existing sets of MRI brain images and measured the volumes of gray and white matter in over 1400 individuals. The research team also analyzed data collected from diffusion tensor imaging, which shows how white matter extends throughout the brain into different regions. The team found that instead of a clear-cut binary between male and female brains, there were large overlaps in the structures of each sex's brain. The researchers created a continuum of "femaleness" to "maleness" for the brain--indicating how some characteristics are more common in females vs. males and vice versa, but still leaves room for overlap. Take the hippocampus, for example. The left hippocampus is usually larger in men than in women, but the study indicated there were many female brains that had a larger or more male-typical left hippocampus and many males who had a hippocampus smaller than the average female. Therefore, this spectrum was needed to indicate the overlaps between sexes. The team reported that the majority of the brains were a mosaic of 'male' and 'female' structures. In fact, fewer than 8% of brains contained all male or all female structures; in other words, "There is no one type of male brain or female brain," Joel says.

Joel and her team also analyzed the propensity for assumed gender behavior and found that only 0.1% of subjects displayed only stereotypically-male or stereotypically-female behaviors, instead finding the vast majority of people to have mixed 'male' and 'female' behavioral characteristics. These findings paint an interesting picture, but there is still much more to learn. If male and female brains are so similar, they why are males five times as likely to develop autism or why are females twice as likely to suffer from depression? It's important to understand how these differences develop out of seemingly similar physiologies.