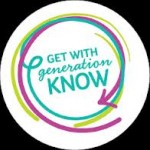 On January 7, the U by Kotex brand, with the help of Ogilvy and Mather, launched a new campaign titled “Generation Know” aimed at addressing vaginal health myths. The campaign consists of short TV spots, longer more candid online videos, and a website providing a forum for frank and honest vaginal health discussion. A representative of the brand has stated that the campaign is meant to inform and empower young girls and women by allowing them to feel comfortable having conversations about their vaginas.

One video in the campaign tackles myths that women have heard about their vaginas and periods. Some of these myths are more common and serious, such as women losing their virginity from a tampon, and the possibility of losing tampons inside the body. Others, including the risk of a bear attack while camping with your period, are more humorous. The video takes these and other myths into consideration, and dispels them while encouraging women to seek out answers to questions they may have.

Another video focuses on how vaginal health is viewed as a taboo subject, and that many women have difficulty finding answers to questions they have about their vaginas. By approaching women in the street and beginning discussions about vaginal health, video blogger Kat Lazo finds that many women feel uncomfortable discussing their vaginas. In fact, one woman likened getting her first period to joining a secret society that every woman is a member of, but no one talks about. Lazo states that this culture of silence, “affects young girls’ self esteem, because if you fear talking about it, then you actually fear your vagina itself.”

These videos, along with other aspects of the “Generation Know” campaign highlight the fact that there is a significant amount of misinformation regarding vaginal health being spread around, and that many women are not comfortable discussing this topic. By encouraging women to ask questions and talk to one another, U by Kotex hopes to change the way our society feels about vaginal health. For more information on this campaign, visit the website at www.ubykotex.com.

Thanks for using the time to write this resource. It is very interesesting and informative. Kindly keep this kind of info coming. It is very helpful. Many thanks.