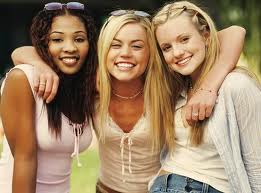 Despite some assumptions to the contrary, young women who receive recommended vaccinations to prevent human papillomavirus (HPV) infection and associated cancers do not engage in more sexually risky behavior. That is the cautious determination of a national study by The Centers for Disease Control & Prevention reported in the American Journal of Preventive Medicine. Lead study author Nicole C. Liddon, Ph.D. advised against drawing too broad a conclusion from the study, while explaining the motivation behind it.

“Because of perceived risk that young women would behave recklessly, parents, providers, policy-makers and other STD opponents raised concerns when the FDA first licensed and approved the HPV vaccine in 2006,” said Liddon. “It was clear that we needed to determine whether a relationship existed between being vaccinated against a sexually-transmitted disease and sexual behavior.”

HPV is the most common sexually transmitted disease in the U.S. with an estimated 6.2 million new infections annually, according to the study. The disease is linked to various cancers, including cervical and oral.   The authors obtained data from more than 1,200 women ages 15 to 24 years, interviewed as part of the National Survey of Family Growth (NSFG), including demographic and insurance information as well as specific information about sexual education and behaviors and receipt of the HPV vaccine. Age at vaccination was not available, making it uncertain whether HPV vaccination came before or after the start of sexual behaviors.

“The study helps us answer a question that has captured the imagination of millions of Americans: Does HPV vaccine cause teen girls to have sex earlier or more often?” said Noel T. Brewer, associate professor of the department of health behavior and health education at the University of North Carolina, Chapel Hill. “Liddon and her colleagues clearly show that the vaccine does not promote sexual disinhibition,” Brewer continued. “These data are only a preliminary answer to the question as they are from a cross-sectional study of girls’ and women’s self-reports of vaccination. However, the study offers us some of the only data on how HPV vaccine affects behavior.”

Liddon concurred, adding that “the lack of association between vaccination and risky behavior should help assuage concerns between disinhibition and the HPV vaccine. At the same time, we stress this isn’t a definitive answer as to whether or not a relationship exists. Further studies are needed to look at possible causality.”