The New York Times has recently reignited a hypothesis made by Lawrence Summers, Director of the White House's National Economic Council, about the ratio of males to females in the STEM (science, technology, engineering, and mathematics) fields. Despite inroads, females make up a minority in these historically males-populated occupations. In the article “Daring to Discuss Women in Science” John Tierney addressed the gender gap in these fields. Like Summers, he suggested that males have higher mathematical abilities than females, at the extreme high end of the intelligence scale, resulting in an overrepresentation in STEM fields. 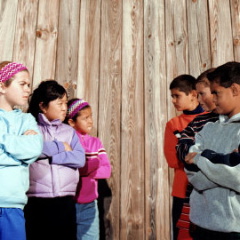 Tierney’s article was based on a new study that followed standardized test scores of the top fifth percentile of 7th graders for 30 years. It found that while the gender gap in mathematical and scientific reasoning narrowed over that time, it has not decreased in the last two decades. The authors state, “this does not mean that biases and lack of role models have been eliminated.” Thus, girls are likely to be influenced by societal norms to avoid math and science.

The argument that society does not bias girls away from math and science results in a culture that does not advance women in these occupations either. A similar argument has been made in the bias against women in medical research. According to that thinking, if there is no bias in research, there is no reason to increase the participation of women in studies, despite their increased risk of drug complications and disease misdiagnosis, compared to men. Both of these cases shortchange women, in their education, profession, and health. The Institute for Women’s Health Research counteracts these biases by investigating the educational and medical differences between men and women.

Pop culture interpretations of such research also consistently ignore the other measurements of cognitive abilities. Young women consistently outperform boys in verbal reasoning and writing tests. By parallel logic, women should therefore make up the majority of people in professions with heavy verbal components: attorneys, political speechwriters, and journalists. This is not the case, indicating that professional gender inequality is still a reality across professions. Efforts by parents, teachers, and children will be needed to propel all young people in the sciences.

I find that science seems to be one of the less "pop"ular faculties amog students today. I am forever campaigning as a highschool science teacher. However, sometimes trying to make science "cool" is like beating your head against the wall.
Thanks for bringing this up, it's a particular problem in the UK and EuropemI think industry is struggling to attract women of school and college age to careers in science and engineering. I think one way of making this a more attractive prospect is to raise the profile of role models, industry leaders in these areas. Or maybe an X Factor type event for science?
I guess I didn't think I would say this but, I think some of today television programs are helping to change the social norm for our young girls. A daughter of a friend just decided to go to college to study to be a medical examiner. From watching CSI. Now I don't like these type of shows but they are having a impact.