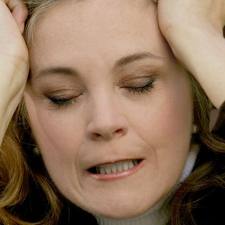 Tinnitus is commonly described as a ringing in the ears, but some people also hear it as a roaring, clicking, hissing or buzzing. It may be soft or loud, and it might affect both of your ears or only one. For some people, it’s a minor annoyance. For others, it can interfere with sleep and grow to be a source of mental and emotional anguish.

Each year about 1 in 10 adults nationwide has an episode of tinnitus that lasts longer than 3 months. Tinnitus isn’t a disease. Instead, it’s a symptom that something is wrong with your auditory system. The problem may exist somewhere in your ear, in the nerve that connects the inner ear to the brain or in the parts of the brain that make sense of sounds.

Scientists still aren’t entirely sure what happens in the auditory system to cause tinnitus. But somehow, the networks of nerve cells that process sounds have been thrown out of balance in a way that creates the illusion of sound where there is none.  Because tinnitus can arise from so many conditions, ranging from hearing loss to high blood pressure to medications, diagnosing the cause or causes can be a challenge. For many people, the ringing in their ears begins for no obvious reason.

Several conditions can lead to tinnitus, including:

Although there’s no cure for tinnitus, several treatments can make it easier to cope. Hearing aids may help those who have hearing loss along with tinnitus. Behavioral therapy with counseling helps people learn how to live with the noise. Wearable sound generators—small electronic devices that fit in the ear—use a soft, pleasant sound to help mask the tinnitus and offer relief.

Some people with tinnitus use tabletop sound generators to help them relax or fall asleep. Antidepressants and antianxiety drugs may be prescribed to improve mood and sleep patterns. Most doctors offer a combination of these treatments, depending on the severity of the tinnitus and the daily activities it affects the most.

Researchers have been working on new ways to treat tinnitus. One NIH-sponsored study has just begun recruiting active and retired military personnel of the U.S. Armed Forces to test the effectiveness of an experimental tinnitus therapy. Soldiers exposed to loud noise, including bomb blasts, can develop tinnitus due to tissue damage in hearing-related areas of the brain and ear. In fact, tinnitus is one of the most common service-related injuries among military personnel returning from Iraq and Afghanistan. The experimental treatment in this study combines educational counseling with a sound-generation device.

Called tinnitus retraining therapy, the approach has shown promise in earlier trials and appears to ease the annoyance of tinnitus and its impact on people’s lives. Learn more about the study athttp://clinicaltrials.gov/ct2/show/NCT01177137.

Talk to your doctor if you’ve had ringing in your ears for more than 3 months. Your physician will ask about your symptoms and look into your ear to search for possible causes. You may be referred to an otolaryngologist (a doctor who specializes in conditions of the ear, nose and throat) for further evaluation.

I hear ringing sounds in my ear, when I have those dreadful headaches. More often than not it is due to blocked sinuses. I used to suffer from debilitating headaches till a few years ago and summers made it worse. For the last few years, I rarely have a headache. What did I do? I shifted to another city with a completely different climate and it stopped. I did not shift because of the headaches. The disappearance of them is just a pleasant side effect.
I have a little noise in my ears, this is a good information for me. Thanks
Thanks for the very interesting an informative post about tinnitus. I have been plagued by tinnitus for several years, with no known cause. My case is mild to moderate but it can be quite annoying at times. Its strange, at times its barely noticeable and other times its on the forefront of your mind. Fortunately I have gotten use to it to the point that its tolerable most of the time.
The early inner ear infection symptoms include: fever, headache, double vision, neck pain, photophobia and ringing in the ears.
I've been diagnosed as having pulsatile tinnitus which can be very stressful - the doc didn't tell me about tinnitus retraining therapy so I'm defininitely going to look into it - thanks for the help Mike
I been in constant ringing ears for quite sometime and it will just disappear but I didnt do anything. I just wish that it would not reoccur and I fear about how it may severe. Please help me out EDITOR'S NOTE: SUggest you go to an ear specialist to confirm your condition and what can be done about it.
Thanks for a very informative post about tinnitus. I have suffered from tinnitus since I was 45 I guess may be because I used to play in rock band with extremely loud music. Although my case was mild it became quite annoying at times, and since there is no cure I tried the holistic way, this has made the ringing in my hears barely noticeable and some people which have used this method have been cured (so they say) I can only speak for my self
I have just set up a website on ear health. Basically my husband prompted me to do this being a long term tinnitus sufferer. I can attest to the problems it causes people - both the sufferer and those living with them there is often deafness as well. I am disappointed that nothing can be done to cure it yet a although I did read a report somewhere about a new treatment that tricks the brain and masks the ringing.
I have suffered from tinnitus that I have come to understand was caused by bruxism, ie grinding my teeth in my sleep. The bruxism was brought on by stress. Accordingly, I dealt with the cause of the stress and in turn that helped with my tinnitus. Finally, I found a cure. It can be done. Simon
This information is very interesting, very useful for people who have tinnitus.
I recently had strange sound coming from the ear, and I began searching the Internet for my problem. I now know that I might have Tinnitus. This is a great article and it has given me some great information to overcome the problem.
Thank you for this article, it has been very helpful. I've also tried the "background noise" approach with moderate success.
Good info. I have tried the "background noise" approach with some success. But everyone is different. I also don't lay in bed for more than a few minutes before I get up to avoid having the ringing start again.
I've had this before. it's so annoying.
The very interesting and informative post about tinnitus. Ringing ears for quite some time and it will just disappear but didn't do anything.
Hi, I am new reader of your blog today I read your this blog get something new from it. Really good work done by you. and I am looking forward to more blogs from you.