Did you know that males require estrogen for many key biological processes, including spermatogenesis? Actually, many of the actions thought to be caused by testosterone in males is actually caused by estrogen signaling instead. These are some of the cool facts about estrogen signaling that were covered in the most recent Institute for Women's Health Research hosted talk by Dr. Jeffrey Weiss, entitled, "The complexities of estrogen signaling." 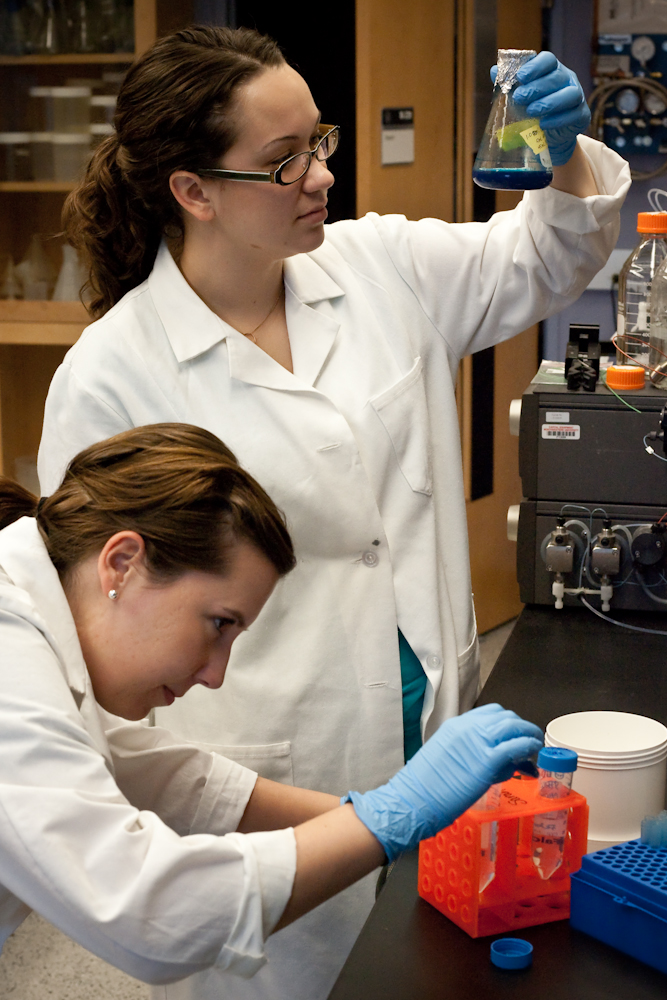 It was thought that most of the actions of estrogen in the body comes from classical signaling, but recent data suggests that non-classical signaling is actually responsible for many of these effects. In fact, there are many outcomes of completely inactivating the ER in animals that are then restored by allowing only non-classical ER signaling to occur. These include the presence of large blood-filled cysts in the ovary, an underdeveloped uterus, the creation of sperm in the male, and fluid reabsorption in the testes.

This is obviously a huge field of research, but Dr. Weiss did a great job of laying the foundation for a basic understanding of the work being done. For further information, I highly recommend you check out the basic research papers that he referenced most heavily in his talk:

Estrogen and its receptor play important roles in genesis and malignant progression of estrogen-dependent cancers, together with various growth factors. Functional cross-talk between estrogen-signaling and growth factor-mediated signaling pathways has been reported.
This is a really nice article… <a href="http://www.chinauniversity.info/" rel="nofollow">china university ranking</a>
I never knew that men need estrogen to produce sperms. That's weird! Does that mean that if my husband take some estrogen shots he will produce more sperms?
It seems that estrogen is becoming more important than we ever imagined. Won't be long and it will no longer be gender specific.