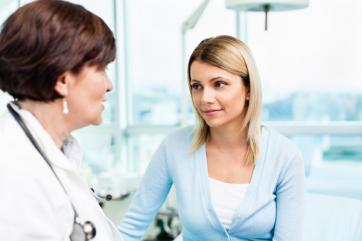 According to several studies, many women are either receiving unnecessary Pap tests, or smears, to screen for cervical cancer, while others are not receiving the appropriate tests at all. The guidelines for how often women should receive Pap tests need to be widely known. Previously, physicians typically administered Pap tests to women 3 years after they became sexually active, or when they turned 21. After that, women were advised to receive a Pap test once every one or two years.

In March 2012, physicians’ groups released new Pap test guidelines. These recommend that most women do not need a Pap test before age 21, and that between ages 21 and 65, women should typically be tested once every 3 years. However, some women ages 30 to 65 may receive a Pap test in intervals of 5 years, as long as they are being tested for the human papillomavirus (HPV) as well. After age 65, women do not need to receive a Pap test unless they are at a high risk of cervical cancer. Additionally, testing is not recommended for women who have received a hysterectomy and have no history of cervical cancer or abnormal test results. These changes were made because cervical cancer is rare for young women, and grows at such a slow rate, that longer intervals between tests is not harmful.

Recent data shows that although some of these guidelines are being followed, others are not. Looking at positive trends first, the percentage of women aged 18 to 21 who have not received a Pap test has increased from 26% in 2000 to 48% in 2010. Additionally, the percentage of women over age 65 (who have not had a hysterectomy) that have recieved a Pap test has gone down slightly, from about three-quarters in 2000 to two-thirds in 2010.

However, there are also several negative trends visible. The percentage of women between ages 21 and 30 who have never received a Pap test has increased from 7% in 2000 to 10% in 2010. Another shocking statistic indicates that about 60% of women who have had a total hysterectomy, which means they no longer have a cervix, are still receiving Pap tests. While unnecessary tests cost money, they can also produce false results, anxiety, and additional tests and procedures. With increased dissemination and awareness of Pap test guidelines, physicians can work with their patients to provide appropriate care.