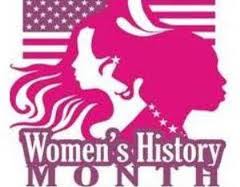 Women’s History Month is an important time of reflection and celebration for all Americans. We recognize the extraordinary accomplishments of women throughout history, and we celebrate the power of their vital contributions to science, medicine and women's empowerment. Here are a just a few of the many accomplishments done by women in the last century and a half.  Many of them were true pioneers in women's health!

1835, Harriot Kezie Hunt opens her own medical practice focusing on women and children.  Because she is female, she is barred from hospitals and lectures at Harvard.

1849, Elizabeth Blackwell becomes the first US woman to receive an MD degree.

1855,  physician Emeline Horton Cleveland practices gynecology and breaks down barriers against women doctors.  She performed operations to remove ovarian tumors; these are judged to be the first recorded instance of major surgery performed by a women.

1872, physician Mary Putnam Jacobi founds the Association for Advancement of the Medical Education of Women.

1895, Mary Engle Pennington is denied a BS degree at U of Pennsylvania because of her gender but later earns a PhD and does research on bacteria and refrigeration that leads to safer eggs, poultry and fish.

1905, biologist and cytogeneticist Nettie Stevens contributes to the understanding of chromosomes, particularly the X and Y chromosomes.

1916, Margaret Sanger opens the first birth control clinic, saying "Women must have her freedom, the fundamental freedom of choosing whether or not she will be a mother and how many children she will have.  Regardless of what man's attitude may be, the problem is hers--and before it can be his, it is hers alone.  She goes through the vale of death alone, each time a babe is born.  As it is the right neither of man nor the state to coerce her into this ordeal, so it is her right to decide whether she will endure it."

1917, microbiologist, Alice Evans discovers the bacterium responsible for undulant fever which leads to pasteurization of all milk.

1937, Hattie Alexander, bacteriologist and pediatrician, developed the first effective treatment for the once fatal influenza meningitis.

1947, biochemist and physician, Gerty Radniz Cori, was the first woman to receive a Nobel Prize in science for her work in understanding how the body metabolizes carbohydrates (the Cori cycle).

1952, Virginia Apner, physician, developed a series of rapid checks (Apner scores) still done today for use on newborns to determine if they need immediate medical attention.

1953, Mary Steichen Calderone become the medical director of Planned Parenthood and drew attention to women's health providers about the dangers of illegal abortion.

1965, Judith  Graham Pool identifies Factor VIII, the clotting factor that is responsible for the most common type of hemophilia.   She developed a way to manufacture it so it can be given to humans to stop them from dire bleeding episodes.

1977, physicist Rosalyn Yalow receives the Nobel Prize for her work in developing radioimmunoassay, a technique that uses radioactive isotopes to measure small amounts of biological substance what is widespread today.

1983, Sally Ride is the first American woman to orbit the earth while aboard the space shuttle Challenger.

1991, cardiologist Bernadine Healy, became the first woman to head the US National Institutes of Health.  She was instrumental in creating the the Women's Health Initiative, in response to the lack of  research on older women.

2006, reproductive scientist, Teresa Woodruff, coins the term 'oncofertility' to represent the merging of two disciplines, fertility and cancer, to explore ways to to help women and girls who lose their fertility as a result of cancer treatments and to enable them to have children once their cancer is treated.

Today, women continue to face many obstacles when it comes to education and health but we are making progress.We are inspired by the great pioneers of our past, and we challenge Americans everywhere to consider how we each can make our own unique contribution to ensure justice in health care and to improve the lives of women and girls.

Source:  Her Story by Waisman and Tietjen, 2008

It is so neat that on a site like this you take time to recognize unspoken heroes like these women. Thanks for teaching me about women like Elizabeth Blackwell who lived before my grandparents and was the first female to receive a MD. She was a true pioneer. She would be blown away seeing how different medicine is today!