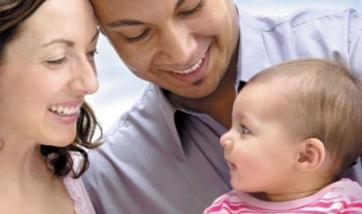 Treatment for cancer, which can include chemotherapy and radiation, has adverse affects on the human body. One of the consequences of this potentially life-saving treatment, however, is infertility. Now that the overall survival rates for cancer are increasing, especially for pediatric oncology patients, there has been an increasing focus on research into fertility preservation for cancer patients. However, there is not a lot of research on the intersection of cancer survivors and one of the most well known options for people who cannot biologically have children: adoption.

A 2008 study conducted by the Oncofertility Consortium aimed to explore this intersection by looking into how cancer survivors who are prospective adoptive parents navigate the complicated adoption process in the United States and how these survivors fit into the adoption system. The study interviewed domestic and international adoption agencies as well as cancer survivors to see if these survivors faced discrimination or other barriers that hinder them in the adoptive process.

The study reported that a majority of the adoption agencies they interviewed were vague when they discussed how cancer survivors navigate adoption and these agencies did not have policies in place for cancer survivors looking to adopt a child. However, some agencies mentioned that the number of years the survivor had been in remission and even the survivor’s life expectancy could be factors examined in the adoptive process. These are clearly potential and unspoken barriers to survivors who are trying to adopt children and the prejudice that can occur against these survivors in an environment where agencies have the freedom to choose adoptive parents.

While this can seem discouraging, the study did also find that 70% of the agencies were willing to be known as cancer friendly agencies so that survivors looking to adopt could find supportive places to help them with this adoptive journey.

Earlier this week, Reuters Health reported on a similar study that was conducted at the Moffitt Cancer Center in Tampa, Florida. The research further confirmed the above findings that cancer survivors can in fact face barriers in the adoption process. The newest study included interviews with adoption agencies across the country, touching on topics such as the cost of adoption, any added application steps for cancer survivors, and even whether women who place their children up for adoption might have reservations about cancer survivors as adoptive parents.

Just as in the study done by the Oncofertility Consortium, the Moffitt Cancer Center study showed that life expectancy and the number of years the survivor has been disease free are factors considered when agencies are determining suitable adoptive parents. However, there is hope: more than 50% of the adoption agencies reported that “a cancer history might be seen as a positive for a birth mother looking for parents who have overcome hardships and have an appreciation for life.”

It is clear that not only does more research need to be done to identify potential barriers for survivors who would like to adopt children, including laws, legislation, and agency policies, but also more advocacy for the rights of cancer survivors in the adoption process.

We are proud that the Oncofertility Consortium had devoted itself to doing research on how to preserve fertility in both male and female cancer patients so that they too can one day start families of their own.