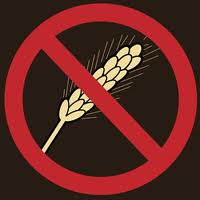 Recently Miley Cyrus has been touting a gluten free diet as a way to lose weight.   Is this true or just another celebrity fad? Gluten is a protein present in foods including wheat, rye, oats, and barley  but may also be found in everyday products such as medicines, vitamins, and even lip balms.    There's absolutely nothing wrong with eating gluten unless you have celiac disease, or gluten sensitive enteropathy (GSE), an autoimmune disease that damages the small intestine and interferes with absorption of nutrients from food. If you are sensitive to gluten, the body produces an abnormal immune response to it, attacking the lining of small intestine where digestion takes place. This leads to the symptoms of celiac disease: • abdominal bloating and pain • chronic diarrhea • vomiting • constipation • pale, foul-smelling, or fatty stool • weight loss About 1% of the population has GSE. But there may be another 9% or so who have what is called gluten sensitivity or gluten intolerance. These people may have similar symptoms to those with GSE but do not show the same damage to the bowel as those with GSE. The only treatment for celiac disease is a lifelong, gluten-free diet.  But can it cause you to lose weight?  The answer is complicated.  Studies have shown that patients with GSE who were underweight gained  weight on a gluten-free diet. Those with GSE and obesity tended to lose weight after starting a gluten-free diet. What about people who don't have GSE? Celebrities have touted a gluten-free diet as a way to lose weight. Proponents hype it as a healthier way to eat. They claim it improves sleep, increases energy, and clears skin. Some go so far as to say it helps those with autism and rheumatoid arthritis. But Dee Sandquist, MS, RD, a spokeswoman for the Academy of Nutrition and Dietetics, who also happens to have celiac disease, says:   There is nothing magical about eliminating gluten that will improve your health or enhance weight loss unless you are intolerant to gluten.   The academy points out that "Research on individuals with celiac disease reports that long-term compliance with a gluten-free dietary pattern improves outcomes related to bone density, iron deficiency anemia, villous atrophy, gastrointestinal and neurological symptoms, pregnancy outcomes and quality of life." One problem is the fact that many people with GSE don't even know that they have the disease, and those with gluten intolerance are less likely to be diagnosed.  Researchers conclude that there is no scientific evidence supporting the alleged benefit that a gluten-free diet will promote weight loss and  that adherence to the gluten-free dietary pattern may actually result in a diet that is low in carbohydrates, fiber  and important vitamins. Many confuse a gluten-free diet with a low-carb diet (which can promote weight loss).     A gluten-free diet eliminates foods such as bread and pasta, it doesn't eliminate other high-carb foods such as rice, beans and corn.    The popularity of gluten-free diets has lead to an explosion of gluten-free food availability and a financially growing industry that  is expected to exceed $5 billion by 2015! This is great if you need to be on the diet. However, people need to be aware that these are not low-calorie foods! Some prepared foods have additional fat and sugar added and mixed into substitute flours such as white rice flour or potato starch to make them more palatable. A gluten-free diet is not a panacea for weight loss. It is, however, an important diet for those who suffer from GSE or intolerance.