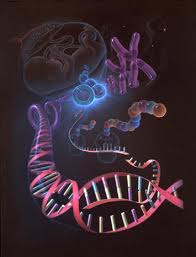 In 1990, researchers in Britain started collecting tissues and detailed information from more than 14,500 pregnant women about their health, relationships, work and home.   Furthermore, after giving birth, the study leaders tracked the offspring development through surveys, clinical exams and biological samples. Data was collected on their eating habits, physiological development including puberty onset, and behaviors, to name a few.  In the long term, the researchers are tracing how genetic and environmental factors in the children's early years affect their later ones.

Now, this data is coming of age as the first children enrolled are turning 21 years old.    This month, the researchers behind this Avon Longitudinal Study of Parents and Children (ALSPAC) are meeting in Bristol, England to discuss what they have learned from this study so far.   Study leaders acknowledge that most of the important findings are likely to emerge years from now even though over 700 scientific papers have already been published on data gleaned from this project.   New advances in technology especially in the field of genetics is expanding the possibilities of this rich data set in finding events that occur in pregnancy that shape gene expression early in life that could affect the individual many years after birth.

In Bristol, the team is only starting to learn the value of some of the data collected decades ago.  As one researcher cited, the placentas that were collected years ago were a 'bloody nuisance' until a few years ago when scientists  found that the size and shape of the placenta may be associated with risk of adult coronary disease.   This data will continue to build as the subjects grow older and is an excellent example how tedious yet important scientific endeavor is.

I like your article, very informative and useful.
Thank you for this article. Personally, I think this material is great. I agree with much of your information here. It also motivates me to learn more. I await the next article with great anticipation.
This information is very useful. The data is an excellent example to monitor a person’s growth.
thanks for nice information.. i will share this info with my friends in facebook.....
This information is very good, this is how we have to maintain good health, I might have to exercise harder to maintain my health. thank you for writing interesting information.
I differ with most people here; I found this blog post I couldn’t stop until I finished, even though it wasn’t just what I had been searching for, was still a nice read though. I will instantly get your blog feed to stay in touch of any updates.
A collection of interesting data. This data can be used to monitor a person's growth.