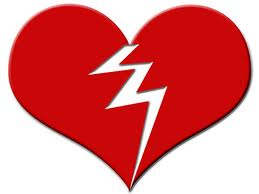 In a database that included 6,178 women, those older than 55 were 4.6 times more likely to develop the condition than younger women, reported Abhishek Deshmukh, MD, a cardiology fellow at the University of Arkansas.

Although it's been known that women have a higher rate of TTC than men, those data come from small studies or single-center studies.  Deshmukh's study was a  significantly larger sample and it confirmed a sharp jump in women over 55 and older.  He surmised that a hormonal component could be responsible since researchers did not see a difference in TTC rate in men related to age.

For the study, the investigators combed the Nationwide Inpatient Sample, the largest hospitalization database from the U.S.   They calculated the overall frequency of TTC to be 5.2 per 100,000 women and 0.6 per 100,000 men.

Typically, patients with TTC present with symptoms of an MI. EKG and enzymes will be positive for an myocardial infarction (heart attack) , but there will be no coronary stenosis (blockage),  Deshmukh said. Once MI is ruled out, clinicians can test for TTC.   In TTC, the left ventricle at the apex will dilate.  In Japanese, “tako-tsubo” means “fishing pot for trapping octopus,” and the left ventricle of a patient diagnosed with this condition resembles that shape. Treatment is consistent with that for congestive heart failure including beta blockers and ACE inhibitors.

It's difficult to predict who will develop TTC, which usually occurs after extreme stress such as the death of a spouse, but positive stresses -- such as winning the lottery -- can also trigger the condition.

However, researchers are examining characteristics of the left ventricle at the onset of TTC. Apparently, there are a number of ventricular variants involved in the disease. "The hope is that with the identification of these characteristics, we can predict who is at risk," Deshmukh said.   He emphasized that recovery from TTC is uneventful and generally assured.

This study was presented at an American Heart Association meeting and the findings still need to be published in a peer reviewed journal.

I found this by searching for romance! Nothing to do with romance at all but really interesting and well written. I will write about TTC on my own website and spread the word. Thanks
Nothing too serious: Is there any connection between women getting more emotional than men? I am just thinking. women are generally less positive about things and more likely to complain - just a personal view of things. They would probably have more broken hearted moments than men do - another personal view.
Interesting article. I'm a guy and I've gotten some bad broken heart cases in my time. Although, I do generally agree with the stats and info here.