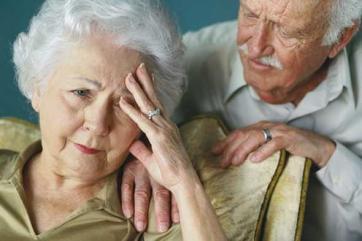 Women make up nearly sixty percent of all Americans with Alzheimer’s disease, a progressive disease that destroys memory and other important mental functions. In this disease, the brain cells degenerate and die, which causes a steady decline in memory and mental function. Alzheimer’s is the most common cause of dementia, which is a loss of thinking, remembering, and reasoning skills, that interferes with a person’s daily life.

There is an existing idea that more women have Alzheimer’s disease because they tend to outlive men. However, new studies presented at the Alzheimer’s Association International Conference show evidence that may explain why more women than men have Alzheimer’s: women’s brains are more vulnerable to this disease as well as other problems with memory. At the conference, researchers from an ongoing study called the Alzheimer’s Disease Neuroimaging Initiative reported that women that have mild cognitive impairment and memory, a condition that can lead to Alzheimer’s, decline almost twice as fast as men. These women not only declined faster than men but they also had a faster acceleration of decline over time.

Another study presented at the conference found that women are more affected by surgery and anesthesia than men are. The combination of surgery and anesthesia can affect both brain volume and thinking, and women exposed to these procedures had more rapid rates of decline and more brain shrinkage than men did. A third study, which conducted PET scans of people’s brains, found that women have more amyloid, a brain-clogging protein that forms sticky plaques in the brains of people with Alzheimer’s disease, than men. The clear difference in levels of amyloid in the brains of the two sexes suggests that women are at a higher risk of developing the disease.

The results from all of these studies suggest that men and women who are at risk for developing Alzheimer’s disease have two entirely different experiences with decline and the disease. However, it is still not clear why women’s brain cells are more vulnerable than men’s to this Alzheimer's and more work needs to be done to discover what gender-specific genetic or environmental risk factors lead to women being disproportionately affected by the disease.